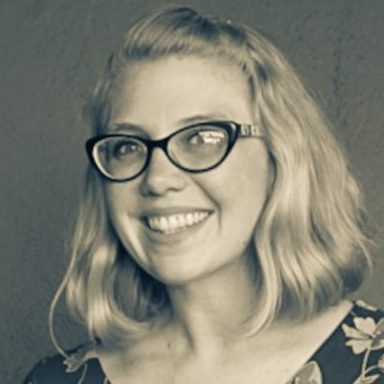 Every week my husband and I find ourselves in the middle of that familiar scramble from the pews. Pastor Ara will be seven and a half minutes into his sermon when we realize neither of us pulled out cash to throw into the offering plate. We’re millennials, (or, Xennials, to be micro-generationally accurate) so it’s not like we’ve ordered checkbooks in years. It’s a weekly struggle to figure out how we’re going to do the whole “treasure” part of the “Time, Talent, Treasure” trilogy.

And a note to the ushers: if you find random dollars wadded up still attached to a receipt or an accidental fortune cookie fortune, or like, $0.59 in pennies and nickels in the plates, that probably was us. Sorry.

It’s not that we’re broke (even though we are) or lazy (“exhausted” is more accurate)— the reality is that giving isn’t something that comes easily or naturally to our generation because modes of giving haven’t kept up with our needs.

We both have two jobs, we’re full time students, we have four kids — our weekends look an awful lot like “Have you cleaned your room yet?” and “Honey, I think we’re out of toilet paper/laundry detergent/the good dark chocolate we hide on the top shelf again!” We may leave church on Sunday with good intentions to set reminders on our phones to grab cash for the plate for next Sunday, but let’s be real — the second those sugared up wiggly worms hit their car seats after coffee hour, we’re back into negotiating peace agreements between siblings and saying “no” for the 80th time to stopping at McDonalds on the way home.

What I’m about to share is going to alleviate the stress of that ATM run — and the burden of guilt at another Sunday morning of only having a gum wrapper and a Peppa Pig figurine in my purse. The Big Red Church is opening up electronic avenues of giving.

That’s right. Instead of sheepishly cramming $2.67 into an unmarked envelope and hoping that no one knows it was us as the usher passes the plate, I’m going to be able to just pull out my phone, open the Givelify app, and press a few buttons. It’s the ability to give what we’re able to give, rather than what I’m forced to give out of the crumb-and-toy filled bottom of my bag.

Even better, with a Givelify account, I can track my giving so I’ll know if I’ve been slacking on my stewardship pledge. I can give the second my paycheck hits my account with recurring payments, so that the dilemma of “Amazon or stewardship” won’t even come into play.

I’m thankful that the church is moving toward creative methods of giving, it’s a sign of confidence that the changing needs of the modern congregation are being heard. Setting aside tithes is hard enough, finding ways to move that money from our accounts to where it can be well-used should be easier. And I feel like we’re moving in the right direction. The only challenge now will be to pry the phone out of our two year old’s hands!

Learn more about First Congregation Church of Fresno’s leap into giving technology at the Learning Circle on July 16th immediately following worship. Lunch will be provided—of course it is suggested you give Givlify a spin with a donation to support future luncheons.