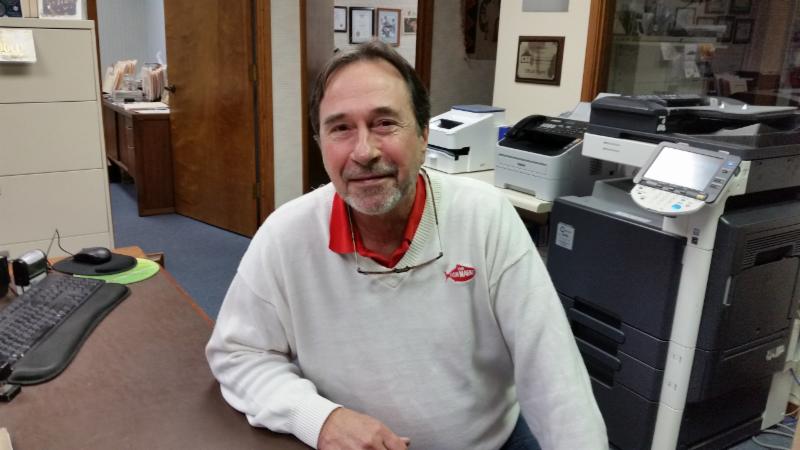 On a recent Tuesday, Gayle and I traveled to Clovis for a much-anticipated sit-down time with Alan. His office is on the corner of Ashlan and Willow. Gayle turned on Google maps which directed us to his door at exactly ten o’clock and our appointment. A young lady greeted us at the front desk and Alan came from a back room and greeted us immediately. I sensed from the start a friendly informal atmosphere. That front office was conducive to conversation. Near the front door sat the young woman who greeted us. Between the front door and the reception desk sat two comfortable chairs and out in the middle of the room was a solitary desk. My first thought was this must be where business gets done.

We stood chatting and Alan asked if we would like to see his office. We agreed and again I was impressed with the information the office revealed about Alan. First of all, it is a small space—sort of like an afterthought. It has no windows and looks as if it might have been originally designed as a storage room. In the far end of the room away from the door is a desk. One chair sits behind the desk which is against a wall. This is obviously Alan’s private place. Standing at the office entrance I was wondering why this tour of a very private space?  I was not left to wonder long. On the wall opposite the entrance was a collage of caps arranged around a wooden tennis racket. The caps were autographed souvenirs from famous tennis players and the racket one of his from years back. 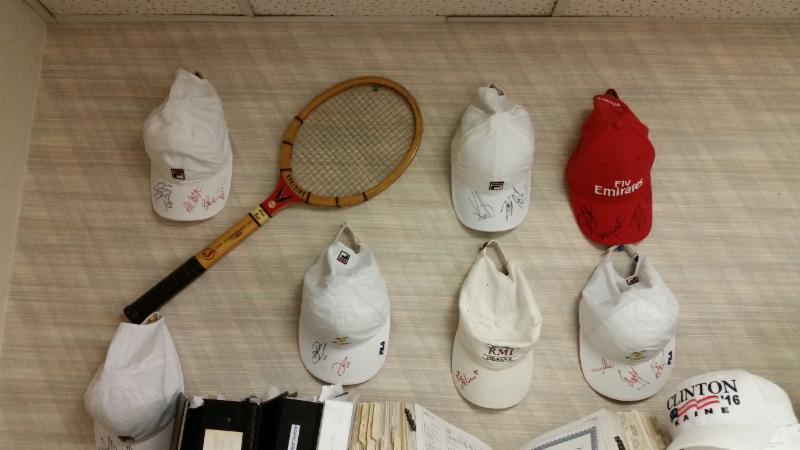 We were guided back to those comfortable chairs in the great room. I was presented with a cup a coffee. Alan sat down behind the desk placed strategically to remind us that the occupant of that chair was after all still in charge.

Several months ago at a housewarming I overheard Alan talking about his direct line back to the pilgrims and this scribe has been anxious to tell his story in this column ever since.

“Robert Coles first appears in the Massachusetts Bay Colony around 1633. Governor Winthrop was not pleased with his public intoxication. He was required to wear a shirt with a red “D” on it and when that failed, he was banished to Rhode Island where he came under the influence of Roger Williams and was involved in establishing the first Baptist church in North America. One of the most influential ministers in colonial history, Williams had also been banished from the Massachusetts Bay Colony and coined the phrase: separation of church and state.

Dale, I was born in Selma. The journey from Rhode Island to California required many generations and several hundred years. Pennsylvania, Ohio, Iowa, and Nebraska were all stops along the way.

I was a latchkey kid and began playing the piano by ear around the age of six or seven. I was not much older when I got my first tennis racket. My mother was involved in music and played tennis. From her was born my two lifelong passions. My first public performance was at the Grand Lodge in Yellowstone when I wandered over to a grand piano while waiting with my family for Old Faithful to erupt. I sat down and played “The Moonlight Sonata” unaware an audience was gathering. In high school I was a member of a rock and roll band and we played all over Fresno. Once when BB King played in Visalia, our band opened for his concert. In my senior year at Selma High School my varsity tennis team won thirteen championship tournaments. Playing the piano and tennis remain constant sources of pleasure.

You are right, Dale. My story cannot be told without a chapter entitled “Marilyn.”  She has been my true love and wife since we pledged our vows over thirty years ago in the Big Red Church. I met this remarkable woman in 1980 when she was assigned to my fledging insurance business as an underwriter who specialized in farm insurance. Think of an underwriter as the cop on the block protecting the carrier and charging appropriate premiums for the risk at hand. From a business standpoint, I found Marilyn to be a woman of high integrity and extremely fair.

On a personal side, I was smitten with Marilyn. She was an exciting person to date. With her living in Sacramento and me here, we were forced to give each other space which only intensified that spark which made our time together so special. It was a very romantic time—trips to Lake Tahoe, San Francisco, the wine country, and lots of times we met half-way in Modesto at the Hungry Hunter.

Work, distance, and circumstances resulted in a period of apartness. Then one week I went to Hawaii with my bowling league. When I got home a fellow insurance agent called and told me that Marilyn was in town making agency visits. I called her. We went to dinner and the rest is history.

2 thoughts on “Getting to Know You: Alan Coles”