Skip to content
The Big Red Church > Church News > Getting to Know You > From the Pews: Rosalie Brown 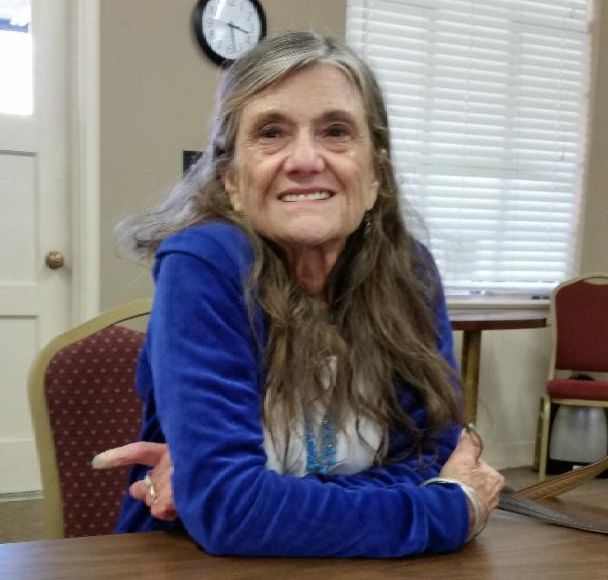 The diversity of the congregants of Big Red Church never fails to amaze me. Stepping from the pews this week is Rosalie Brown. This woman is a perfect example of the wonderful and amazing variety of Christians who worship and fellowship at Big Red.

Rosalie was born in Jamaica City, a middle-class neighborhood in the New York City borough of Queens. For me, this fact alone is enough to establish the veracity of my claim to our diversity. I was born and raised in Fresno, the offspring of depression era Okies. As far as I know, I had never met anyone born in Queens. I most certainly had never heard of Jamaica City, and here I was sitting across the table from a woman with stories to tell.

Gayle and I met Rosalie in the church parlor one afternoon last week, and we talked. Scheduling this busy woman had been difficult and Rosalie was pressed for time with another meeting right after our interview. I was so excited that I could hardly sit still as we engaged in the mandatory preliminary chit-chat. I got my chance when the ladies spoke of the Transitions group which was Rosalie’s next stop. The Transitions group is another of those groups that meet at Big Red that I had no idea existed. I asked, “what is a Transitions group?”   That question opened the door and we were off to the races.

“Transitions is a small group of folks who fall into a broad category each of us trying to make sense of our lives. We deal with aging and provide emotional and mental support.”

My next question was, “How long did you live in Jamaica City?”  This led to a discussion of her childhood.

“We lived there just three or four years. Dad was a skilled mechanic and worked in the instrument shop of American Airlines. He organized the workers in a union. Management recognizing his business acumen, moved him into management which resulted in in a series of long-distance moves. This was good for dad’s career, but now so good for little kids.

Our first stop was Tulsa, Oklahoma. The school I attended when we first moved there was old and worn with no electricity—only natural light. We lived in Tulsa from kindergarten to fourth grade. My favorite memories of those years are learning the Golden rule, playing in the dirt, and loving the kids next door. It was there I learned a powerful lesson. Two girls get along fine, but add a third and someone gets picked on. In my case, it was me who got stuffed in a toy box with the lid slammed shut. They eventually let me out, but I was scared to death. Oh, and I remember I had a boyfriend in Tulsa at that tender age who gave me rides home from school on his bicycle.

Next it was on to Dallas, Texas, for the fifth and sixth grades. I remember vividly the Russian Sputnik and its voyage into outer space. Then it was back to New York for junior and senior high school.

Mom was a creative artist. She worked on Fifth Avenue creating high-end jewelry. What I remember most is that she was a trusted employee who walked without fear from her place of employment to Saks Fifth Avenue with large sums of money. Another precious memory of mother is her taking us outside after a fresh snow and placing us on cookie sheets for sleds so we could slide gleefully down the driveway.

After graduation from high school, I enrolled in Stonybrook State University as a chemistry major. I discovered almost immediately that this was not for me!  Dad took me to the University of Arizona in Tucson where I felt at home in the Architecture department. It was there that I met a fellow student named Wayne. We courted mostly at school. He was a year ahead of me and critiqued my presentations. Our common interest in architecture led us to marriage and children. We have been blessed with three sons and a daughter. The responsibilities of motherhood cut my studies short.”

Gayle asked, “Did you ever get your degree?”  “Yes, I did. When we moved to Fresno, I enrolled at Fresno State and received my B.A. in Landscape Design. With that degree in hand, I worked for three different landscape architects and then ran my own business. Much later I went back to school and obtained a teaching credential.”  I taught third grade for four and a half years, and now l substitute but only in high schools.

To relax I read, practice yoga, and do weight lifting. I especially enjoy spending time with friends. I am a docent at the zoo and love to teach visiting classes about the Arctic and the Rain Forest.”

Rosalie, “I have noticed that you sing in the choir. Has music been a part of your life?”  “I sang in choirs in high school and college and have been in the choir here at Big Red for twenty-five years. And, we always had music in our home growing up. My father played classical music and mother loved dancing to waltzes. In fact, my mother and father met at a New Year’s Eve dance.

Music has a long history in my family. My grandfather was a church organist. Grandma was teaching me to play the piano while my brother was getting professional lessons. When my parents decided to sell the piano, I was heartbroken. I put a note in that old upright piano begging the new owners to take care of my piano. Even now that makes me tearful.”

2 thoughts on “From the Pews: Rosalie Brown”