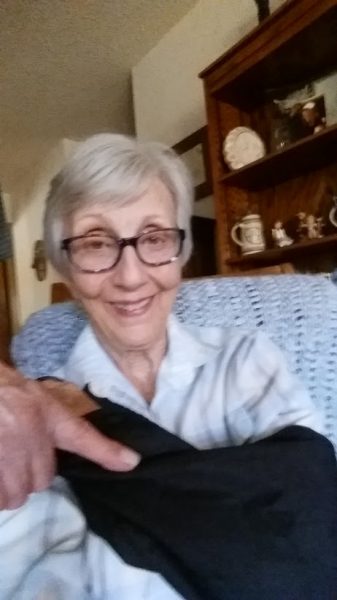 A little over a year ago I agreed to write a weekly column called, “From the Pews.”  It has been an adventure from day one. Having a deadline was my first shock. Wednesday at noon my weekly piece must be in Kim’s hands.  When that was explained I had no idea how quickly Wednesday at noon would roll around. So I learned early on that the deadline is an integral part of writing a weekly column!

I realized early on that I could not wait until Tuesday night and just knock out a piece for the next day.  To meet this Wednesday deadline there are more details that Carter has little liver pills. There is prospecting for participants, overcoming stalls and objections, negotiating a time and place for the interview, and the actual interview itself—which in my opinion is the best part.  This is the first part of meeting the deadline and should happen at least 10 days before the magic Wednesday. Obviously this means that at least two columns and deadlines are always being juggled simultaneously.

All of the above and I have not written a word.  Your prospective columnist understood immediately that to go forward he had two choices: (1) give up; or (2) enlist help and this is where Gayle, she with the broken arm, comes into play.  Gayle Thornton is one of those Christian women who cannot say “no” when called on to volunteer. I called her with my spiel written down and a list of counter arguments to her stalls and objections.  She answered the phone. We chatted and I made my pitch. When I paused for a breath, she said “yes” leaving me more than a little disappointed that I did not get to use my carefully prepared arguments to her objections.

The interview is the heart of the column.  Gayle, she with the broken arm, is charged with making copious notes.  I prompt the pew person who is encouraged to talk. From there it is to Gayle’s house and a review of her notes.  I take them home and if time allows, let them percolate for a couple of days. It is only then that I try to put anything on paper.  Next it is back to Gayle’s house and editing.

I mentioned above that the interview is my favorite part of the process.  My least favorite part is the editing. The sweet woman you all know is ruthless with her red pencil.  She corrects my spelling, finds endless mistakes in my grammar, and then goes to work on the content of the manuscript itself.  And the frustrating thing is that after I see the results of her critique, the column is always better.

Saturday before last we had a column ready for Wednesday’s deadline and a prospect for this week lined up.  Things were looking good! I was at Gayle’s house watching football. She said, “I am going to get my mail.”  I grunted okay and she strolled to the mail box. The next thing I knew, the neighbors came bursting through the back door half dragging the staggering Gayle into the house.  She had fallen face first on the asphalt drive that connects her condo to the other five units.

Shaking like a leaf, she had abrasions and bruises all over the place especially on her hands, her left arm and shoulder, and both knees.  She refused to go to ER and went to church on Sunday where she served as liturgist. On Monday morning she made a doctor’s appointment and after several days of consultations and at least three X-rays, it was determined that she has two fractures—one just below the elbow on her forearm and the other on her elbow.  Both should heal without surgery or casts, but the elbow will be Xrayed again and if it moves it will need to be pinned.

The week has brought more adventures than we bargained for.  One last thought. If you have been avoiding us, don’t relax.  Gayle has a sling and we will catch you sooner or later. 😊